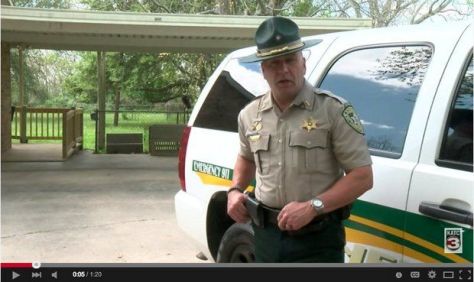 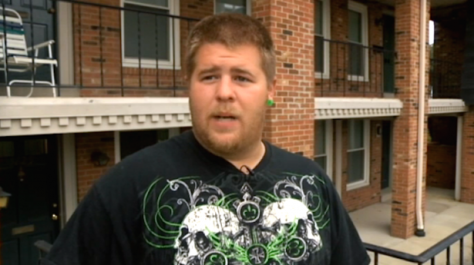 Ronald Ritchie’s (Pictured) anti-gun ignorance resulted in the death of John Crawford (also not the brightest bulb) at an Ohio Walmart in early August.

Over at The Dana Show.

Looking at the video, its plain – Crawford did not point the “gun” at anyone, no less at any children.  He was not acting aggressively.  He was fiddling around with a toy and got blown away by cops with a shoot first mentality – a state of mind fed to them by Ritchie.

No indictment for the officers, but clearly Ritchie “should be” culpable.  Whether he will be held to account, not sure.  But unless I am missing something, all Crawford appeared to do in the video is “threaten” a bag of kibble in the pet-food isle.

“Crawford was speaking on the phone in the Walmert (sic) to LeeCee Johnson, the woman who is the mother of Crawford’s two children. She later described hearing Crawford tell officers, “it’s not real,” immediately before the shooting began. A grand jury last week decided that the officers would not be indicted in the Walmart shooting death of John Crawford III.”

Note where he says:

– He’s “absolutely” familiar with firarms.  Really?  Well, during the interview Ritchie submits that he was “right next to” Crawford.  Military experience?  Are you sure?  And you don’t know enough from your experience to ascertain that Crawford was carrying a toy?

–  Later, he at least implies that he knew this toy was out of its packaging.

–  He says that he thought the situation was getting “serious.”  Yes.  Was that before or after the surveillance tapes show Crawford in the pet-food isle, on the phone, laughing?

And of course, he changes his story.

He can’t stop himself, apparently.

I think the best thing he can do, at this point, is Shhh.

The same advice holds true for media outlets and reporters.  I hope he keeps on talkin’.

Brought to you not because its “fun” to be “disobedient”, or to “antagonize” law enforcement….

…but because the basis to refuse to answer questions posed by law enforcement is grounded on long-standing constitutional principles, which sadly, many today do not know.

Understand though, that the above video depicts exchanges at inland checkpoints, not ports of entry.  The latter being a very different place.

Disclaimer; I failed Con-law 101 the first time I took it, long ago.

Very good educational resources, brought to you by Hillsdale College.

A long watch, but entertaining, I promise.  Educational too.

And then you have the ACLU weighing in.  Though, their interpretation of the law is, at times perhaps, strained, they are largely right in this instance.

Over at The Gun Feed.

In Florida, you have to stop, provide your id, and registration.  They cannot keep you for more than a few minutes – there was, I believe, a “three minute” rule, but in any event, your detainment (yes, you are being detained) can be only for a minimal period of time.  Other than that, you don’t have to answer other questions. If you choose to refuse to answer questions they legally cannot ask, than yes, its a really good idea to have a record.  Though that is problematic too – see:   “I know the law better than you, believe me.”   Many times officers do not know the law, or apply their own interpretation.  As well, they are allowed to lie.

Of course, they are looking for probable cause that you broke the law – primarily that you are impaired.

Things they look for: