What MSM ignores most though, and won’t even mention, is that these two “mika and joe” characters have completely maligned and insulted Trump in the past, and recently.

And with no reason other then that they are leftist weirdos that are trying to get ratings.

And the media is nothing but aghast at Trumps tweet.   On one hand, yes, it was beneath that office.   On the other, as they say, those who throw stones…. . 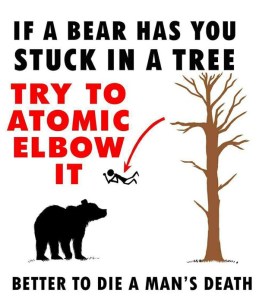 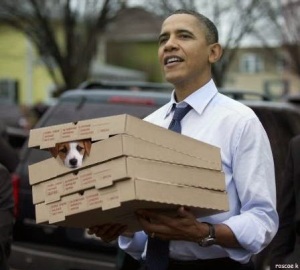 ….been working alot, too tired to blog.   But, saw some cool things on the internet…. .

What a buncha you know what.   What does this?!  Who does this?’ 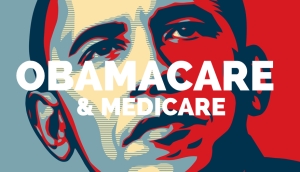 Don’t you remember, Obama said “…if you like your current doctor, you can keep it”.

On one hand, the LAST thing I would do in N. Korea is try to steal something – Warmbier was apparently trying to take some polical sign from a hallway in his hotel some time ago, and was sentenced to 15 years hard labor.

On the other hand, this type of thing, as small as it seems, must have consequences for North Korea.

I have just now seen, well, everything.

Used to be, the Defense would have to show that one was using a firearm in self defense, either at trial, or usually at a pretrial hearing.   That is, you would have to show that “…[you] reasonably believe[d] that such force is necessary to prevent imminent death or great bodily harm to himself or herself, or another or to prevent the imminent commission of a forcible felony.”

Some 24 states have a stand your ground defense.  I am not aware of any that shift the burden.   In fact, I think Florida is the first, which is significant.

Not something some saw coming with all the “collusion” going on.   Blame the Russians.

….not so sure if justified.

Interesting, one one hand you could, if you were dog-fearful and a LEO, justify such a shooting.   On the other, some restraint could be called for.   I have such a dog, and she would likely do the same, or similar thing.  But that is one reason I really don’t let her simply hang out in the yard by herself.

What a backstabbing manipulator.  What an overgrown pajama boy.

Working in public service through several administrations, his credentials are impressive.  But his testimony last week revealed much:

The Clinton campaign – its email server debacle – was the real scandal.  That Loretta Lynch asked any inquiry from Comeys’ office to refer to that investigation as a “matter” tells much.   If confirms in the minds of many that Lynch’s meeting between her and slick willie on the airport tarmac was more than golf and grandchildren.

That there was no collusion, or at least evidence of it, between Trump, his campaign, and the Russians.  There never was evidence, but the more media uses the word, the more they like to think – the more they wish – people would believe it.

That Trump, as much as liberals would like to say otherwise, never demanded that he stop any investigation into Mike Flynn.   Comey may have felt “uneasy” or “nauseous” (huh?).  But his testimony confirms it, as do his convenient “notes” or “memos” from his recollection of meetings with Trump, where he never says such a demand be made.   Quite frankly, even if Trump did make any demand, Trump would have been beyond right.   A president has the authority to fire the FBI director.   This is not without precedent.   Think not?  Just look at Alan Dershowitz’s take on the matter.

President HW Bush, in the early 90’s ended the investigation against and afterwards pardoned Casper Wienberger in the Iran Contra scandal.   No obstruction there.   (Because Bush is not Trump.   The level of animosity and outright hostility to the current Executive is unprecedented).  Did not Obama refuse to go after those here illegally – illegal immigrants?  No one says he was interfering with investigations or prosecutions, or, in this example, deportations.   What about Executives in charge of “sanctuary cities?”   Are they not interfering, to some degree?

Detractors will argue otherwise, the again, the point is, the President has the legal authority to fire.  Period.  And the real problem is, the general public are being told otherwise.

Comey’s testimony offers unanswered questions.  Instead of consistently forthright, straightforward and pointed questions, he was “lorded” for his “service” and “honesty(!).”  Tossed softball questions, his testimony was self-serving.   That, of a disgruntled employee.

If he felt he was being manipulated by the President, where was that in the notes he leaked to his law professor friend?   His answer was, “I don’t know.”  If he had any problem with any discussions with Trump, why did he not start an investigation, or go up the chain – complain to others – which he did not.   He didn’t go to White House Counsel.  He did not go to the Department of Justice.   It does not appear he complained to others in his department.   Not his deputies or peers, so it seems.

If he was so “concerned” about Trump, in his “gut” so he said, why did he have dinner with the President? Or meet with him at any time? (in the context of all of this, me thinks it was because he knew, at some point, he would be fired).

Point of fact, and one that MSM ignores, this position serves at the pleasure of the executive.   That would be Trump.  Another fact the media ignores.

Others say it better:

Read or watch here, if you have a spare hour or three: