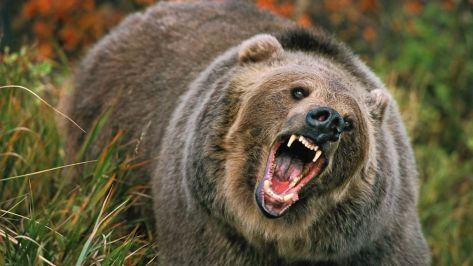 Idaho State Wildlife Manager Jon Rachael, “We’ve got a lot of bears running around looking for food.  They don’t have an abundant food sources up in higher elevations and as a result, I think we’re going to see more bears at a lower elevation which puts them in closer proximity to people.”

Rachael suggests to keep from attracting bears to your campsite, follow a few guidelines:

We’ve done a lot of camping, hiking, etc., and did not have a firearm.  Sure, there’s ways of avoiding bears and discouraging them from chomping on you.

But #5 on that list: bring a gun.  Especially if you go to a place named “Bear Lake.”

Woman dies after being attacked inside her home by a bear: 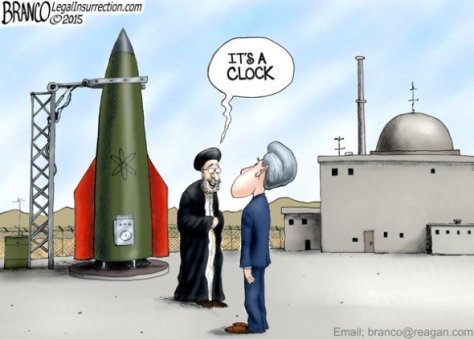 “Every step of the way, the media has attacked popular Irving Mayor Beth Van Duyne, accusing her of being an Islamophobe following the “Clock Boy” Ahmed Mohamed incident that unfolded in the Dallas surburb. While news outlets glorify the teen’s every move, they trash the conservative mayor incessantly.”

Fine, privacy concerns prevent me from telling my side of the story?  I would fight back by waging an informational campaign against the kids father.

“No one flinched when Ahmed’s father, failed Sudanese Presidential candidate Mohamed Elhassen Mohamed, shared 9/11 truther posts on his Facebook wall, which he since shut down. No one winced over the Mohamed family’s affiliation with the Council of American-Islamic Relations (CAIR), an organization charged as an unindicated co-conspirator in the largest terrorism-financing case in U.S. history, the Dallas-held Holy Land Foundation trial. No one questioned Ahmed’s promotional video with CAIR’s co-founder, Hamas supporter Nihad Awad, who denies Israel’s right to exist.”

It is Halloween after all…. .

The idea that someone could have their constitutionally protected right to keep and bear arms violated due to his association with a certain group the police deem “unsavory” is more than a little unsettling. I’m sure that no one would argue that getting guns out of the hands of members of a street gang such as the Bloods would be a good idea. But when that definition begins to expand to include groups that the cops simply don’t like, well, you can see where this might be heading.

If the cops suddenly consider the NRA a terrorist organization (as the NY Daily News desperately wants) then under this same logic they could begin confiscating the firearms of every NRA member in their jurisdiction. Where does it stop?

A tough fight in California…. . 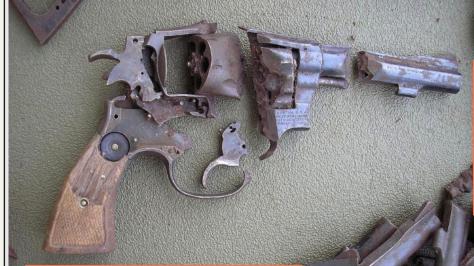 ….The question is: What will the FBI and other federal agencies do with their extra .40 caliber pistols?

Of course they’ll be ground up.  Too bad too, as many of those service weapons probably saw little actual use.

“…..consider that they need only five additional seats to make Charles Schumer (D-N.Y.) the majority leader of the U.S. Senate! That’s right, one of the biggest enemies of our freedom, one of the most entrenched anti-gun voices of the past several decades, could take control. “ 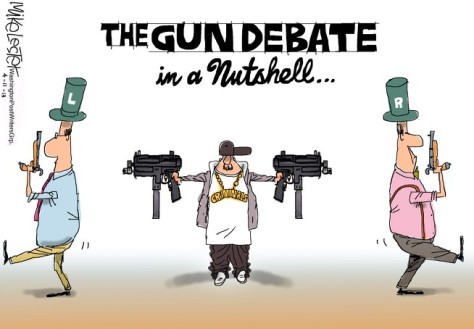 Remember this the next time the NRA tries to make its trigger-happy case with a simplistic slogan.

I just don’t know what else to say sometimes.

A Russian arrives in New York City as a new immigrant to the United States. It’s 11:00 AM on a Wednesday.

He stops the first person he sees walking down the street and says, “Thank you Mr. American for letting me come into this country, giving me housing, food stamps, free medical care, and a free education!”

The passerby says, “You are mistaken, I am a Mexican and here illegally.”

The man goes on and encounters another passerby. “Thank you for having such a beautiful country here in America.”

The person says, “I not American, I Vietnamese and here on a Green Card that expired two years ago.”

The new arrival walks farther and stops the next person he sees, then shaking his hand, and says, “Thank you for wonderful America!” That person puts up his hand and says, “I am from Middle East. I am not American. It was easy to get here via Arizona.”

He finally sees a nice lady and asks, “Are you an American?”

She says, “No, I am from Africa here on an Education Green Card that expired 10 years ago.”

Puzzled, he asks her, “Where are all the Americans?”

The African lady checks her watch and says: “Probably at work.”
-Sig

I have to go get dog food today. Note to self, pick up some pumpkins.
I haven’t carved a pumpkin in years – when I did last, the neighborhood kids carved obscenities into them.
At least we’ll get some pumpkins seeds.