A public aroused to anger often reaches for the nearest club to punish politicians who evade, lie, distort and dissemble in the face of crisis.

And then Robert Knight –

President Obama accuses people who want a 21-day mandatory quarantine of engaging in the politics of “fear.”

Our ruling elites constantly tell us that common-sense precautions are evidence of hysteria or discrimination. Does anyone feel safer with these people at the helm? 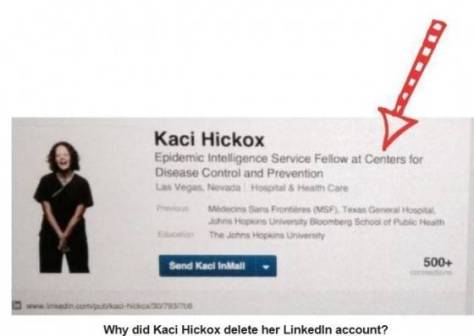 And a Democratic Judge then reverses himself:

(Judge)LaVerdiere, who has an undergraduate degree from the University of Maine and a law degree from the UMaine School of Law, was appointed district court judge in 2003 by former Gov. John Baldacci, a Democrat and then reappointed in 2010 to a second 7-year term.

Before that, he was an attorney in Wilton in Franklin County and a three-term Democratic state representative from 1996-2002. He also previously served on the board of trustees of Franklin County Hospital.

More or less, the order previously issued remains, but is modified to allow Hickox freedom to travel.  Ok.  We see this often from our judiciary – LaVerdiere “split the baby,” as they say, and compromised.  In his pronouncement, Judge LaVerdiere went on to say:

“However, whether that fear is rational or not, it is present and it is real. (Hickox’s) actions at this point, as a health care professional, need to demonstrate her full understanding of human nature and the real fear that exists.

“She should guide herself accordingly.”

Hell yes people are afraid – this problem, Ebola, has a more than 50% mortality rate.  This is not the flu.  In other news, we learn that Canada, following Australia, effectively closes its borders to West Africans and those who have traveled from West Africa.  With exceptions.  I suppose they acted irrationally?

Give me a break.

I understand it is said that Ebola is not transmitted from an asymptomatic carrier.  But wait for the next nurse Hickox to appear, stamp her feet, whine about personal liberty, challenge the system with some political agenda – and then actually come down with Ebola.  After possibly infecting how many others.

Boo Hoo.  She was detained in the airport.  After coming back from west Africa.  Geezus Jones.  This is not some nervous tick.  This is an epidemic.  Or more.

Get with the program.