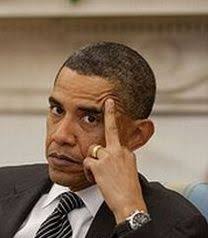 Recently – actually, through most of his presidency – he has been golfing, campaigning, glad-handing…but not being president. I have a problem with this.

This only scratches the surface.

He ignores the American public, as much as we know that to be, these days.

Syria, Hamas, Isis, Jordan, MH-15, the problems on our border; lets not forget obama-care, military draw-downs, and obama’s “pen” – we should have a problem with all of this.  Obama is a big deal, and no one cares.  Our down fall.  This is not the USA I grew up in.

Even the WAPO noticed.  Kind of:

Who tolerates an absentee employee?  You or I would get fired, by the way… .

But his schedule is public notice.  And public access.  Maybe;

That calendar looks pretty slim, compared to mine, or yours.  What did he do today?  More important, what did you do today?  Yesterday?  Last week?  Dig deeper, you will find that this is the most un-involved president.  Ever.

His day is not our typical 9-5;  Today, he received some briefings.  Delivered a speech.  That itinerary ended at about 1:00 pm.  Maybe he did some important secret work.  Don’t think so.  Shhh.

Did you and I get up at 5, or 6 am?  Did we not struggle to care for a spouse, get kids off to school, or deal with our own issues, all while making it to work early?  Do we not toil late at our jobs, and still be productive?  Until at least 5 pm, yes?  Or much later, in many cases.

Among the fun-gun-talk and puppies on this site, here it lies, yes, Obama does not work hard.  He betrays us.   He is not one of us.  He ignores the US public.  He cares not for what you, and I, regard.  There is more though.  He betrays long-standing ideals held my most Americans, though most sadly do not realize.  He sells our future out with his pen, and socialist manifesto.

Go forth.  Talk amongst yourselves, but prepare. Comment.  Good luck and God save us all.

More fuzzy puppies to come.  unicorns over there….. .

Move along.  Nothing to see here.